As you probably know by now, Cake Solutions was a software development company. When we first started we used Java, which is the most commonly used programming language in the world. We were essentially playing in a park with 10,000 other companies, who all had very few ways of differentiating themselves. The options were to differentiate on expertise or on price, and initially we tried to differentiate ourselves solely on expertise.

At Cake, we always aimed to be at the forefront of technology. In the Java world, a cutting-edge, lightweight framework called Spring Framework came along. This helped us build Java software systems much more quickly and efficiently because it produced a lot of the code for you. This not only made things more efficient for us, but also more cost-effective for the client and that then allowed us to compete on price without having to cut our margins too much.

We were still competing on expertise, because this was a cutting edge lightweight framework and my colleague was involved before it was even at the 1.0 release. He became one of the 15 or so core contributors to this open-source piece of software. That was a decent differentiator – we were fulfilling our aim to be at the forefront of open-source software development.

Searching for the next frontier

By around 2010, the Spring Framework had become the most commonly downloaded piece of software in the Java world; there were over a million downloads at this stage. As a result, we couldn’t rightly claim to be at the forefront of technology any more, because Spring Framework was becoming mainstream. This was the time to start looking elsewhere.

At this point, Jan Machacek, our CTO, approached me and suggested that we start looking at what comes next. He told me that he had a few ideas, would like to go away, do some experiments and blog about them to allow people to follow the evolution of our experiments and ultimately our company.

The idea was to allow Cake to begin to move towards where computing was heading and then we could legitimately say that we were staying at the forefront of the technology, which was always our aim.

One of the strategic byproducts of this is that there will be fewer people playing in that field and competing with you. Of course it’s not all positive, and one of the negative byproducts is that you’re taking a risk because you’re moving into unproven, commercially immature technology, but we felt it was  a risk you had to take to stay at the forefront of technical thinking.

Jan spent six months experimenting with a number of technologies and blogging about the journey. This gained tremendous amounts of traction and neatly segues into my next blog – Modern Marketing – so I won’t go into more detail on this front now. After six months, Jan came to me and said that he felt computing was going to move away from the object-oriented programming we were working with and move towards functional programming.

Functional programming is more suited to applications with thousands of nodes that many modern web-based applications needed to scale. To give you an example of how that would be useful at the time, think back to what it was like trying to buy tickets online to see a really popular artist perform.

By way of an example when the Robbie Williams tickets went on sale for his Knebworth gig in 2003, the online ticket sales company immediately crashed as it wasn’t able to cope with those kinds of spikes in demand.  It was around this time that people realised technology had to change to handle the ever-increasing demands being put on these systems.

Jan was of the opinion that if we went down the functional programming route, and in particular focused on a technology called Scala, that would be our best bet in terms of trying to predict where technology was going and staying ahead of the curve.

As a result, forward-thinking companies began to follow us. They could see the potential in this technology and they engaged us to work with them and build platforms using this technology. Because we were working with and talking about very specific technologies, we ended up on the radar of some of the companies that produced these frameworks. We then partnered with Typesafe, which later became Lightbend, who were the custodians of Scala & built modern frameworks and components that helped make Scala development commercially viable.

Because we were evangelising their technologies, if any of these companies were approached by organisations that wanted to build systems using their frameworks, they would refer those organisations to us. The companies producing the frameworks didn’t fulfil big engineering jobs. But we were of a size with the relevant skills that were able to cope with these systems and we had a strong track record.

This meant we were beginning to grow with the technology and we rode on the back of its increasing popularity as it became more commercially viable and more interesting to bigger and bigger companies who were forward-thinking enough to see and understand where computing was going.

In the Free Zone Frontier

At this stage, we were one of the very few suppliers of over 50 engineers, if not the only supplier at the start, in this space. And even though more companies came on board, we employed more people, had more experience and had the necessary relationships to enable us to continue to grow more quickly than the newbies that moved into this area.

This is what Dan Sullivan and Strategic Coach® term the Free Zone Frontier. This is a space that isn’t quite a monopoly, but it’s an area where there isn’t much in the way of competition.

At Cake, this worked really well for us because we were able to win a lot of the business that was available in that particular niche.

Why is that important?

The story I’ve just told you is something that I think all businesses should look for. You enter into business because you think you’ve got a good idea and you’ve got a fairly unique service. But either the unique service may not be quite as unique as you thought it was going to be, or as time goes by more and more people enter the area that you specialise in.

All companies need to continually evolve and be agile. They have to keep an eye on where the market could go, make predictions and start moving in that direction. You’re almost creating your own Free Zone Frontier, your own market where you have little competition at that particular point, which is a great place to be.

This might seem like a strange analogy, but look at someone like Madonna or David Bowie. For decades they’ve continually reinvented themselves. They’ve gone through various stages in musical evolution and have been able to adapt and still be incredibly popular in different eras of music.

The world moves on and changes and you have to move with the times. You need to be very aware of where things could go, do your research and sometimes take a gamble. I’m not saying you have to bet your whole company as we did, but you should take gambles and invest where you see the opportunity could be in the future. You need to be ready to play in that area where there is very little competition and stay ahead of what everyone else is doing.

Making it part of the strategy

Finding the Free Zone Frontier wasn’t a strategic play when we moved towards Scala but, like a lot of what we did at Cake, we recognised the value to the business and it became a strategic play. It was interesting, it felt right and we could see that it was working.

For more information feel free to contact me on guyremond@gmail.com and look out for my upcoming book, The Cultural Operating System, available soon on Amazon.co.uk.

Guy is an experienced individual with over 20 years in the tech, software & consulting/advisory industries, as a founder, director, investor and advisor in a number of companies.

Guy co-founded and is a non-exec of thestartupfactory.tech, which works with tech startups to turn their vision into a reality. thestartupfactory.tech is made up of experienced software engineers and commercial operators and works as a sweat equity investor with a shared risk philosophy at the heart of everything it does. 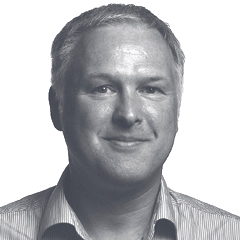 Guy is the founder and CEO of Cake Solutions, an enterprise software development company with offices in Manchester, London and New York.