Photo by Johnson Wang on Unsplash

If you don’t know Node…

The blog is about using Docker and Docker-compose, all the features can be applied generically to many development tech stacks, I have used the same pattern with Javascript, Python, Java and Scala projects.

In the examples I use a simple Node application, if you are not familiar with Node this is all you need to know.

Historically developers have had to download and install a whole suite of languages, compilers, databases and analysers to their local machine. They also installed a similar but often different toolset to one or more CI servers. Over time as the team gradually changes and the project evolves, and due to individuals being individuals, the CI servers and each developer machine is slightly different. Then the build breaks or a bug is raised to the sound of

Well, it worked on my machine

If you were a diligent team, you had a wiki page detailing how new starters could get up and running. But when the newbie did arrive they spent days (or weeks – I’m not exaggerating) to get up and running. Fortunately we had a project manager who knew a solution, “put it in the wiki, then the next newb will be okay”.

Then, when working on a new feature someone changes a dependency. Their build works so they push it. If you set up your CI system well you catch the issue but only after the developer has marked the task as done and left for the weekend. But maybe the CI build passes. It is then the newbie who does not have an old dependency lying around in a persistent directory who finds their build does not work, and they spend the first few hours inspecting their own code and setup which is only natural given the code works for the senior developer and the CI system.

Back in the dark ages a good developer would run the unit tests locally before pushing. It wasn’t too bad that it took 5 minutes because they could go and make a brew. The CI system was left to run the long test suite. When something went wrong the developer could not always run it locally because the CI suite was setup differently to their environment. Maybe because it was a big project and being a back-end developer they only have half the build stack. The only way to fix the problem was to look at the CI logs, push a change that might help and wait and repeat.

To create very simple javascript development environment, save the following into ./Dockerfile

Note that you should always use a fully qualified version for base images and dependencies. You want changes to be a conscious decision.

You can now simply mount your code and run, test and package it etc.

Not the greatest example, we have only saved a local install of Node, but we have at least got a consistent and documented version across our dev team. In the real world ALL projects are more complex than this, and with every additional dependency the cost is repaid.

The above example still suffers from a few problems:

Lets make a few updates to the Dockerfile

The first new step is to copy in the package.json file which defines the dependencies and install them into the container image with npm install . Notice that:

After the third-party dependencies are installed, copy in the source code and other artefacts. It is important to separate these steps to achieve a quick build time. Docker hashes the input of each stage of the build and reuses a cached layer if nothing has changed or rebuilds the entire layer when there is a change. Remember that the third-party dependencies are downloaded into the container image in one step, therefore if one dependency changes the whole layer is invalidated and all dependencies are re-downloaded. Most builds will only have a source code change, in which case Docker will see the hash of the package.json file is unchanged and reuse the layer containing the pre-downloaded dependencies making the build substantially faster.

The next step is to run the tests during the build phase. This has 2 benefits:

Finally we package for production and define how the container will execute by default.
We can now easily run the ‘production’ version with

And whilst we are still actively hacking the code we run the development version which watches for code changes on the host quickly and dynamically re-compiling/running/testing etc as defined in the projects package.json file

Great. That covers pretty much all the problems we covered in the motivation section. But the “production” container also contains a load of development dependencies that are not required in a production image. That usually rubs people up the wrong way, especially those security conscious people who keep up feeling warm and cosy at night.

Multistage builds is a Docker feature that neatly allows us to build one container to encapsulate the build and then copy artefacts into a new container optimised for Production.

I do not claim this is a good example of a production environment but it servers the illustrative purpose. We could pick any base image for the subsequent stage a good choice here could have been nginx. Notice that the COPY  command uses the flag –from=dev  to direct it to copy from the named first stage instead of the host.

Also change the command for the dev container to default to the watch mode. This simplifies the most common execution commands.

We have written one Dockerfile defining and documenting:

So far we have only looked at Docker and used a very simple example node.js build process.

In part 2 (coming soon) I will describe how you can use docker-compose  to extend this twee example to cover complex multi-component projects. 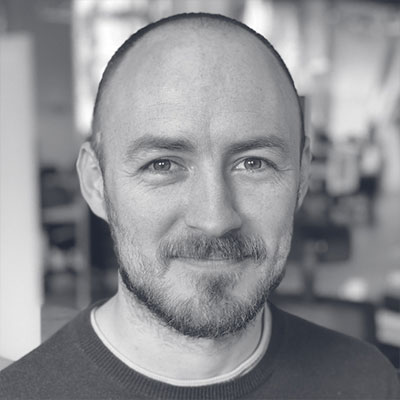